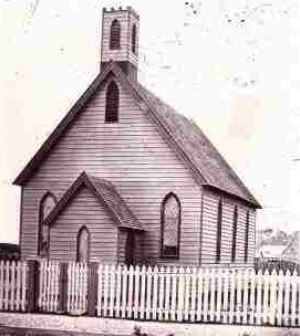 More
Welcome back to Alert Level 2! Hopefully this is only for a short time and we will see you back at the theatre before we know it. At least we managed to stage our very successful season of “Things My Mother Taught Me” in July.

Many thanks to everyone who supported this long-awaited production as your patronage has helped boost our funds for the year.

Due to Covid 19 we will only be able to stage two productions this year and like many theatres, we have had to adjust the programme to suit.

Next Production: “The Jailhouse Frocks”

A comedy by Devon Williamson and directed by Ryan Burnell.

We have produced two of Devon’s plays previously (The Old People are Revolting and Menopause Made Me Do It) and Ryan is the award-winning director of our 2019 Homeland which won play of the year at the Regional Theatre Awards last February.

Synopsis: Shattering dim-witted Officer Dwayne’s tranquil evening at the Police Station is the arrest of three unlikely women. The already chaotic situation descends into mayhem as the night progresses, leaving Officer Dwayne wondering how on earth he’s managed to make the arrest of his career.

This play will be staged in November.

Coming soon, for one night only:

See public Trump at a rally AND private Trump in therapy! The Don's had a hard life – he’s never fitted in, his dad hated him, and he’s in a minority group (the top 1%). After taking control of America, he digs deep and realises it’s time to take control of his own life. In his 74th year, he will finally ignore his parent’s expectations and pursue his childhood dreams of becoming a hip-hop recording artist.

In times like these, you need brutal comedy. Comedy that will sear itself into your brain. Comedy that will make you laugh, wonder afterwards if what you laughed at was alright to laugh at, then realise it doesn’t matter because hey, it’s a comedy show, it was a joke, for god's sake, and you need to laugh so you don’t cry. Alexander Sparrow is a multi-award-winning stand-up comedian. Expect fast-paced one-liners, killer crowd work, and no holds barred comedy with bite.

What an amazing night for Foxton Little Theatre with 11 awards including best play, best male and female actor, best director and debut director ... the list goes on! Great work everyone. Here is the full list of our award winners:

Congratulations also to Levin Little Theatre for their awards with Shrek the Musical. A great night for the Horowhenua!

The Foxton Little Theatre is the oldest building still in use in Foxton. It was built in 1867 by George Nye as the Presbyterian Church. The first minister was Rev. James Duncan who had originally worked as a missionary to the Maori at Te Marie and Te Awahou. In 1861 he was inducted as minister to the European settlers and remained as Presbyterian minister until 1897.

In 1970, the Union of the Methodist and Presbyterian congregations meant the church was no longer needed and was eventually sold to the Little Theatre.

To learn more about the township of Foxton, please visit http://www.foxton.org.nz/